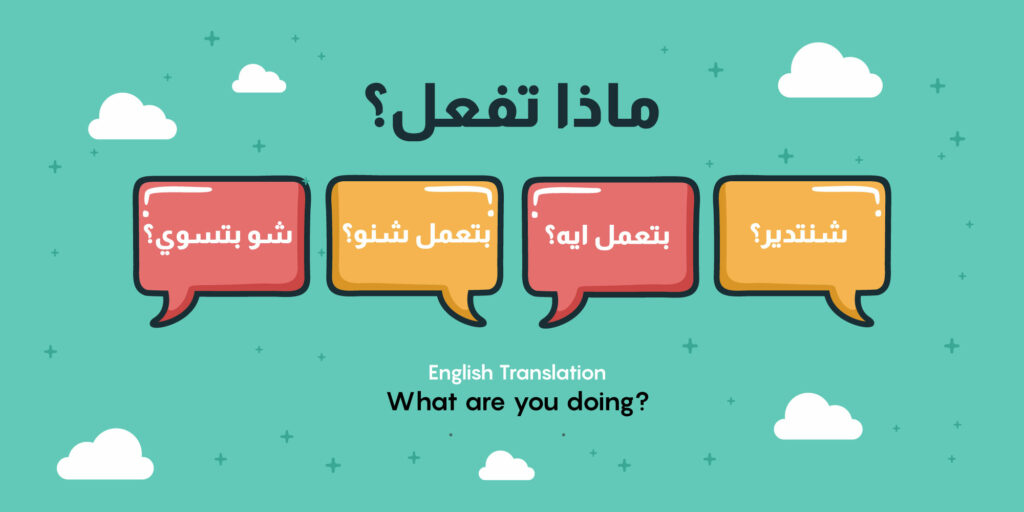 With its over 420 million native speakers globally, Arabic is one of the most spoken languages worldwide, and 28 nations use Arabic as their official language. Being among the commonly used languages in literature, trade and business allow Arabic to naturally have a significant number of speakers around the world eventually.

This eventually leads the language to develop different Arabic dialects in time. Even though Arabic is mainly subdivided into three main versions as Quranic or Classical Arabic, Modern Standard Arabic, and Colloquial or Daily Arabic, it wouldn’t be wrong to estimate that over 25 dialects of Arabic are spoken globally.  You can see the top ten Arabic dialects speaking countries below and reach the complete list here.

MSA is the most spoken and known version of Arabic since it is universally shared and used by Arabic speakers worldwide. MSA is also taught at universities, used in critical communication, trade, and business channels. It is regarded as the language of literature, technology, medicine, and education and not used in day-to-day events. Even though MSA is considered the standard dialect for many Arabic speakers, it is actually the pronunciation bit that mostly throws people off. Because the widely used Modern Standard Arabic dialect almost becomes something else once spoken by various people with different backgrounds. So it will take time to develop a keen ear for numerous intonations, dialect differences, accents, etc.

Primarily spoken in Egypt, the Egyptian dialect is one of the most commonly spoken Arabic dialects. Egyptian dialect can be seen in TV shows, movies and since it has a massive reach among Arabic speakers, this is the most understood dialect. Interestingly influenced by French, Greek, Turkish, English, and Italian, Egyptian dialect shows us the power of language and its rich and various roots even though it is a unique language written with the Arabic alphabet. Egyptian dialect mainly attracts the attention of new learners with its availability and vast source accessibility.

Maghrebi dialect has over 70 million speakers worldwide, and it is definitely among the most commonly spoken Arabic dialects. Interestingly, Maghrebi offers a lot of differences in terms of speaking variety. Even Maghrebi speakers attributed a different name for the language they speak, and it is called Derja, Derija or Darija (الدارجة ), meaning “advancing and continuously increasing.” This meaningful term simply points out that Maghrebi is reaching more and more people through its speakers and is always on the rise. Since the language itself is also constantly changing and integrating itself with French and Italian in technical fields and adopting MSA words, Maghrebi or Derja definitely lives up to its name.

Reportedly, the Gulf dialect has 36 million native speakers in the Arab world. This dialect is frequently used in the United Arab Emirates, Qatar, Bahrain, Kuwait, and certain Saudi Arabia parts such as Oman and Iraq . However, there are also differences in terms of pronunciation, grammar, and vocabulary regarding this dialect since it is mostly a collection of different dialects that are similar to each other. Therefore, it is natural to see more significant differences with some of the dialects located far away from each other in a geographical stand, such as; the dialectical differences between Qatar and Kuwait. Since they might be different from each other, even if you know one of these dialects, you still might face some troubles in understanding someone based far away from you! However, that is the beauty and power of language, once again showing us how flexible and versatile it can be.

Levantine falls on the 4th line with its over 21 million speakers. If you are familiar with the dialects, you can easily see that Levantine is frequently used as a spoken dialect and in writing, and speakers of Levantine still stick to Modern Standard Arabic (MSA). This form of Arabic is primarily common in Syria, Jordan, Palestine, and Lebanon. It is also the second most popular dialect used in popular media channels and movies after the Egyptian dialect. Levantine also attracts attention with its significant history dating back to the 7th century, when the dialect formed due to a shift from Aramaic to the Arabic language. For any Arabic language students trying to find an exciting dialect to work with, Levantine is a great option considering the dialect’s strong relationship with the ancient languages.

Do you have a complicated text that needs to be translated into one of these dialects? Get in touch with Tarjama now to get accurate translations developed with Smart Language solutions. 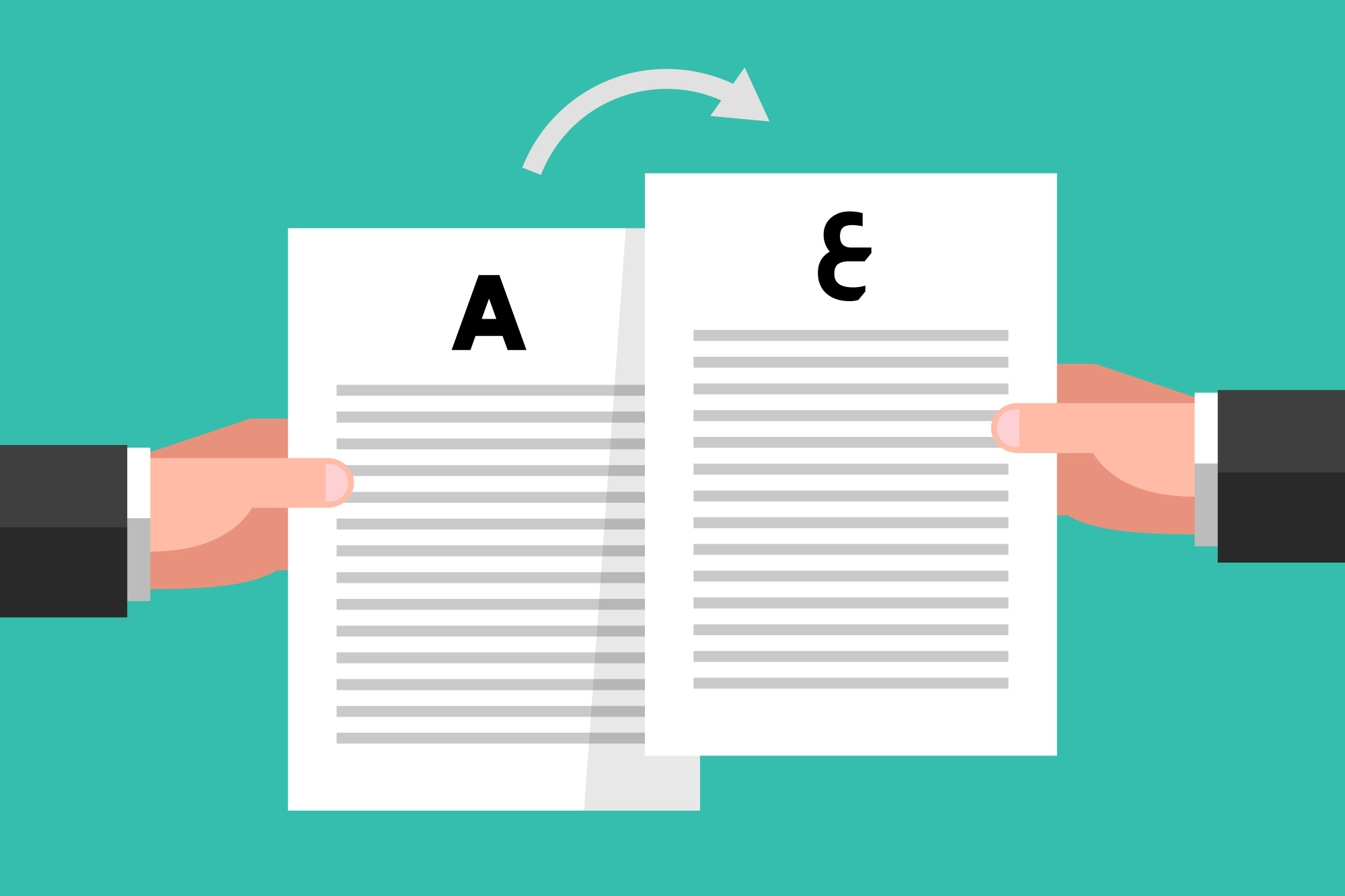 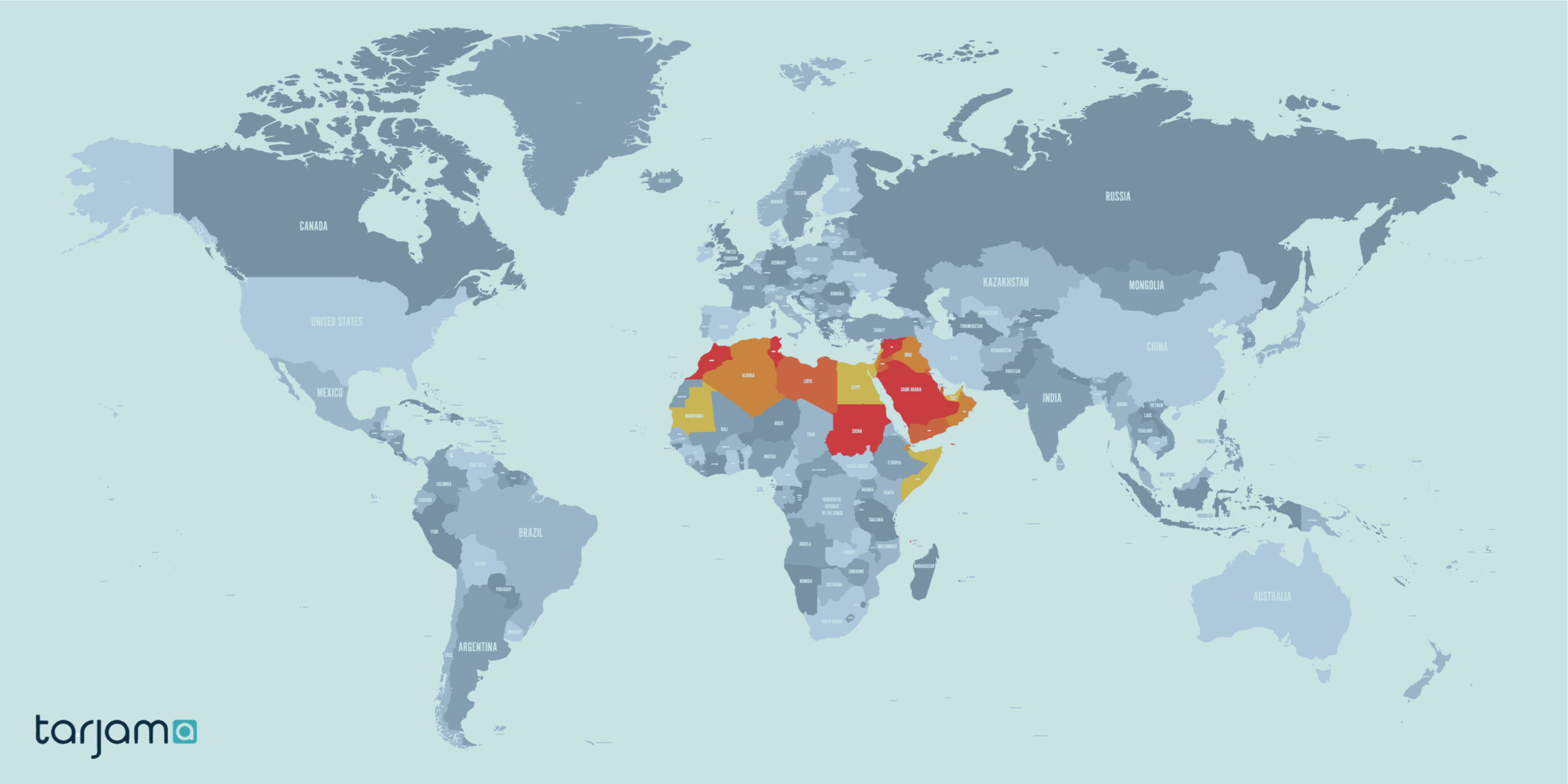 History of the Arabic Language Arabic is one of the famous languages that have wide global popularity. It is part of the Central Semitic language

Living organisms across the spectrum of life have their own means of communication. But not all communication is considered language. Language as we know it